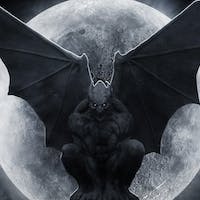 In this article, we are going to build an application that sends appointment notifications to users over whatsapp via twilio. According to statistics, 90.4% of the young generation are active on social media so this approach of sending notifications will be more effective in setting remiders without being intrusive. Setting up the Twilio Whatsapp Sandbox

First of all, you need to create a Twilio account if you don’t have one or sign in if you have one. You will need to activate Twilio Whatsapp sandbox since we are going to be working with Whatsapp. The sandbox allows you to immediately test with Whatsapp using a phone number without waiting for you Twilio number to be approved by Whatsapp. You can request production access for your Twilio phone number here. To connect to the sandbox, log into your Twilio Console and select Programmable SMS on the side menu. After that, click on Whatsapp. This will open the Whatsapp sandbox page which contains your sandbox phone number and a join code. Send the join code starting with the word “join” to your sandbox phone number to enable the Whatsapp sandbox for your phone. You will then receive a message confirming the activation of the phone number to use the sandbox.

We are going to be using the Flask framework to build the application and MongoDB as our preferred database.

Creating the Application Directory and Virtual Environment Run the following commands in your terminal to create the project folder and virtual environment for this project.

For macOS and Linux users:

Structuring the Project In the application directory, run the commands below to set up the folder structure:

Installing Project Dependencies Finally, let’s install all the dependencies used in this project.

Run the command below to install these dependencies:

In this section, we are going to write the logic for appointment reminders. We are going to use the mutiprocessing module in python to build the reminders logic. The main reason we are using processes over threads in this section is because in python, there is no safe way to terminate threads and we will need to edit and cancel appointments 🤷🏿‍♂️. First of all, create 2 files called __init__.py and appointments.py in the jobs/ directory. Also, create a file called whatsapp.py in the utils/ directory. Copy the code below into the whatsapp.py file:

In the above code, we have the logic for sending whatsapp messages. Note that the ACCOUNT_SID, AUTH_TOKEN, TWILIO_NUMBER are set as environment variables and we use os.getenv to access them. To send whatsapp messages, you must prefix the phone numbers with whatsapp: else it will be sent as sms. The format_message function accepts an appointment object and represents it in the following format:

Next, we are going to write the reminder’s logic. Open the file jobs/appointments.py and copy the following code inside:

The start_appointment_job function first checks if the appointment is in the past and if so, it returns. We use the time.sleep function to tell the application to pause execution for the number of seconds it takes for the appointment’s time to be reached. Once it finishes sleeping, it calls the send_message function written earlier to notify the user of the appointment via whatsapp. Next, we are going to write the service functions for creating, getting, updating and deleting appointments. Create a file called appointments.py in the services/ folder and copy the following inside:

In the above code, we write functions to perform CRUD operations on the appointments collections in mongodb. We use the pymongo library to connect to our local mongodb instance. Note that the _id field cannot be sent as a string else no data will be returned, we have to cast it to an ObjectId instance which mongodb uses.

Finally, we are going to write the logic for creating processes for an appointment and modifying them based on the change in appointments. Open jobs/__init__.py and copy the following code inside:

In this section, we are going to be building the api routes which we are going use to create, update, get and delete appointments. First of all, we have to create utility functions for handling both our requests and our api responses. Create 2 files called request.py and response.py in the utils/ folder. Copy the code below into the request.py file:

From the above code, we can see that the validate_body function takes in a data dictionary and a list of required fields. It checks the required fields against the data dictionary and returns a status of False if a field is absent. The parse_appointment function is used to convert the time field in an appointment object into a datetime object by the use of datetime.strptime function which accepts the time string and the time format. The function returns false if it’s not able to convert the string into a datetime object. Next, copy the code below into the response.py file:

In the above code, we have helper functions to return api responses and error messages. The stringify_objectid function is used to convert the mongodb ObjectId object into a string.

Next, we are going to write our controller functions. Create a file called appointments.py in the controllers/ folder and copy the following inside:

Finally, open the app.py file and copy the following inside:

In the above code, the use the register_blueprint function to make sure that urls starting with /api/appointments are routed through the appointments blueprint and our controller functions are executed for matching urls. We use the atexit module to perform a task when the application is closing. In the create_app function, we are telling the system to first schedule pending appointments and then close all running processes when the application is closing.

To run the application, open your terminal and execute python app.py in your application’s directory. You should see something like the image below:

Now, you can send a POST request to http://127.0.0.1:5000/api/appointments to create an appointment and you will get a whatsapp message when the appointment time has been reached. Below is a sample request body: We have now come to the end of the tutorial. We have successfully built an application that sends appointment notification over Whatsapp using Twilio, Python and Flask. You will find the source code for this tutorial here.